Home industry get together IPO hope "a skyrocket" 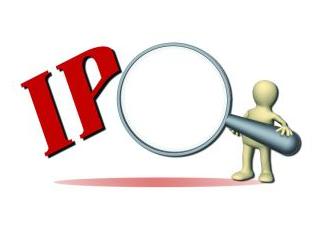 The Red Star Macalline, who has traveled for many years outside the listing gates, has finally released a prospectus and plans to raise about 4.45 billion yuan. This transaction is expected to refresh the maximum amount of single-handedness in the Chinese home furnishing industry. At the same time, Qumei Furniture also attempted to â€œleap the gantryâ€ and proposed IPO to raise funds of 1.087 billion yuan.

At present, in the home industry classification of the Shenzhen and Shanghai Stock Exchanges, there are only 10 listed companies and they are all home-improvement and decoration companies. But now, in the â€œIPO company pre-disclosed listâ€ newly issued by the China Securities Regulatory Commission, the two major â€œfund-raising capitalsâ€ of Red Star Macalline and Qumei are among them. In addition, a large number of home-based companies such as the Imperial Sanitary Ware, Asia Vibration Furniture, Gujia Household, Jiangsu Hengkang Home Technology, and Guangzhou Hollyock have emerged and are waiting in line for IP O.

In the context of a weak property market and the impact of e-commerce, does China's traditional home companies renew their IPO offensive?

Red Star Meikailong led the team to sprint Red Star Macalline's prospectus (draft) shows that the Red Star Macalon intends to list on the Shanghai Stock Exchange and plans to raise funds of approximately 4.45 billion yuan for home life in Wuhan, Chongqing, Tianjin, Shenyang and other places. 11 projects such as the Plaza project and e-commerce platform, the 11 projects involved a total investment of about 6.11 billion yuan.

The rapid expansion has brought high growth to the Red Star and also brought high debt. According to the disclosure of information, Meikailong recorded a revenue of RMB 6.65 billion in 2013 and a net profit of RMB 1.35 billion. The asset-liability ratio reached 66.96%. As of 2011-2013, the net working capital of the company's consolidated caliber was -3.346 billion yuan, -1.373 billion yuan, - 3928 million yuan.

But this does not affect the increasing enthusiasm of the various capitals for the rising popularity of the Red Star Macalline. It is noted that the new shareholders in this round of Red Star have confirmed that the fund raised has reached 1.85 billion yuan. In addition, capital market operational experts such as Bohai Industry Group, Fosun Group, and CITIC Industrial Corp., which are backed by state-owned assets, have also finalized capital injections, and details such as the amount of investment and the shares obtained have not yet been disclosed to the outside world.

An investor close to the Red Star Macalline stated that the development trend of the home industry is similar to the development path of the home appliance industry. Overall, the business scale and profitability of Redstar are growing rapidly, and there is great room for future integration. The load rate is still within the normal fluctuation range.

For the future trend, Car Jianxin, chairman of the Hongxing Meikailong Group, told Nandu that the furniture industry must not engage in direct competition with e-commerce. Once users move from offline to online, it will be an unprecedented disaster.