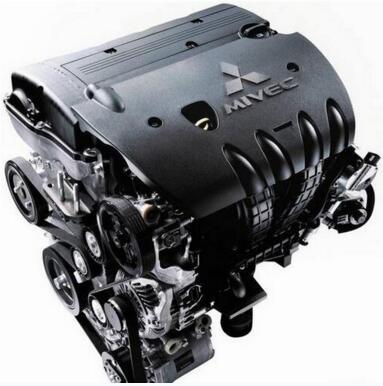 There are three obvious trends in the manufacturing technology of the newly-launched automobile engine production line in China:
The speed of the basic requirements to achieve high-speed machining are: â‘  can be realized using a high-speed operation of the machine tool spindle; â‘¡ with a power chuck with high precision and high rigidity the HSK; â‘¢ using the coated cemented carbide, cermet, ceramics, Advanced tools such as CBN and PCD.
Flexible flexibility is one of the trends in engine manufacturing. A production line that uses a CNC or a machining center to realize flexible processing at a local station of a conventional automatic line is called a flexible automatic line (FTL), and is generally used in a Japanese factory. A flexible manufacturing system consisting of a dedicated machining center is mainly used for cylinder head and cylinder processing. From the perspective of production, it can reach an annual output of 50,000 pieces from the traditional FMS system to 200,000 pieces of traditional automatic line production.
High efficiency From the perspective of the Japanese automobile manufacturing industry, the average cutting efficiency is increased by 28% every five years, in which the cutting speed is increased by an average of 19%, the feed rate is increased by 8% on average, and the cutting efficiency has increased by 30% in recent years. the above. At present, the production cycle of the main parts of the engine has been shortened to 30-40 seconds, which is more than 50% shorter than a decade ago. For example, milling a gray cast iron material with a high-speed machining center can achieve a cutting speed of V=700-1500m/min and a CBN insert for the tool. When milling aluminum alloy cylinders and cylinder heads, PCD tools are widely used. Considering the high centrifugal force generated during high-speed rotation, the cutter body is made of high-strength aluminum alloy material.
In short, an obvious trend in the engine manufacturing industry is to use high-speed machining technology to improve efficiency, shorten delivery time, reduce production costs, and improve market competitiveness. 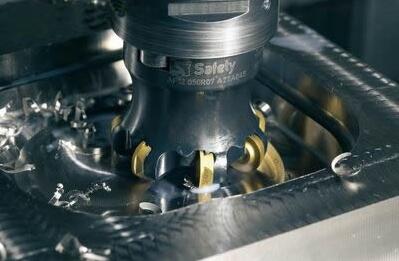 The automotive industry is the industry with the most specialized tool applications and a measure of the level of technology in a country or a tool company. Most of China's automobile production lines (especially car production lines) are imported from abroad, and the tools are mainly imported with the equipment. At present, the domestic automobile production lines are American type, European type, Japanese and Korean type, and autonomous type mainly based on European equipment.
In this way, the mainstream of the five major tool factions is active in China: First, the mountain specialties (including Seco), Sandvik has a large and complex tool branch, which has the largest sales volume in the Chinese market; the second is the American department, mainly Kenner and English. Gesell, Wannite, etc. are the representatives; the third is the European Department, mainly in Germany, including MAPAL, Guehring, Widia, TITEX, Walter, etc.; Fourth, Japan and South Korea, including Mitsubishi, Sumitomo, Toshiba, OSG, Yu Jie , Fujitsu, Hitachi, etc., as well as Taegutec and KORLOY in South Korea; the fifth is the Israeli department, mainly ISCAR. These companies almost fill the market space for automotive tools. In some large automobile manufacturers, domestically produced tools may only account for about 10% of the total project. Therefore, imported tools still occupy a dominant position.

The overall state of our short-board domestic tool industry is low starting point and late start. Advanced CNC tools are only developed and produced with the development of CNC machine tools in recent years. Therefore, the basis of CNC tool products is relatively weak, and the development speed is slow and competitive. Not strong. The main reason why foreign tool industry can grab the Chinese market is: foreign tool products are of high grade, full variety, good quality; and the tools are closely related to the machine tool, foreign machine tools often use tools that have been used abroad; The types of domestically produced tools are incomplete, and most of the foreign tools are used in product finishing, high-performance cutting and special requirements. The combined effect of many factors has formed the passive situation of domestically produced tools.
There are many obstacles in the process of localization of tools, and there are congenital systemic obstacles. Taking the car production line as an example, in the initial stage of introducing the car model and the CNC automatic production line, China often does not pay attention to the domestic matching problem of the tool, and does not timely improve the technical level of the domestic car cutter. After the introduction of the production line, the number of special tools and tools that come with it is numerous, and the requirements of process technology and specialization are very high. The varieties, quality, supply and service capabilities of the existing domestic tools are difficult to meet the requirements. At the same time, dozens of foreign tool brands that are well-equipped and ready-to-use have made the localization of tools difficult, and they are obviously in a passive state.

Domestic and international level comparison tool from the beginning of the 1980s, driven by the world's manufacturing development and manufacturing technology advances, the cutting tool technology and gradually entered a rapid, efficient, new stage, cutting efficiency of the development of innovative technology doubled , made an important contribution to the development of the manufacturing industry. Efficient cutting processes and tools have become the basic process and key technology in the automotive industry. New cutting processes such as high-speed cutting, dry cutting, and hard cutting are changing the traditional processing technology and showing great vitality. The author believes that the most fundamental way for domestic tool manufacturers to participate in international competition is to improve the overall tool technology level of the company.
We must be soberly aware that domestic tool companies still have a large gap in terms of technology level, production process and manufacturing equipment compared with their foreign counterparts. The production of tool products in terms of processing quality, service life, reliability, technical services, etc. It is still not fully able to meet the growing needs of users. Therefore, we have a long way to go, we still have a lot of work to do, there is still a long way to go, we have to work harder.

Tool Chests are equipped with heavy duty ball bearing slides and you can put them on roller cabinets.