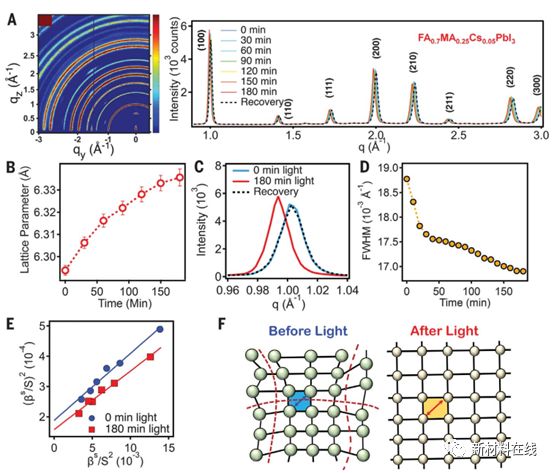 2. Observation of fractional Chern insulators in a van der Waals heterostructure Material name: Bilayer graphene-hexagonal boron nitride heterostructure research team: University of California, Santa Barbara The topologically ordered phase of the branch Young research group is characterized by long-range quantum entanglement and fractional statistics, rather than symmetry breaking. Topological ordering was first discovered in the continuous Landau level of fractional filling, and has since been proposed to appear more commonly in the fractional filling of topological non-trivial Chern bands. Spanton et al. reported the observation of the void state at the Harper-Hoffstadter band with fractional filling due to the interaction of the magnetic field and the superlattice potential in a bilayer graphene-hexagonal boron nitride heterostructure. Phases were observed at the fractional fill of the energy bands of the Chern index C = -1, Â±2 and Â±3. Some of these phases are in the C = -1 and C = 2 energy bands and are characterized by fractional Hall conductance, that is, they are called fractional Chern insulators and can constitute topological ordering. An example of a channel level. (Science DOI: 10.1126/science.aan8458) 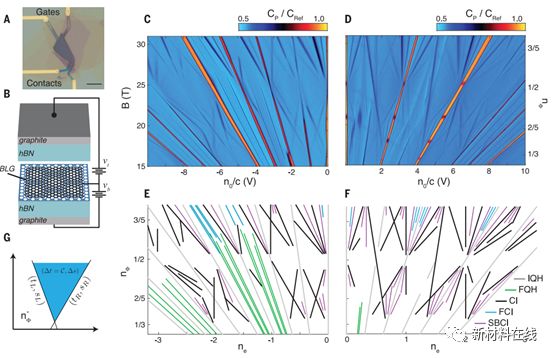 3. An artificial interphase enables reversible magnesium chemistry in carbonate electrolytes. Material name: Carbonate electrolyte research team: National Institute of Renewable Energy, Chunmei Ban Research Group Batteries have potential advantages over corresponding lithium-based batteries. However, reversible Mg chemistry requires thermodynamically stable electrolytes at low potentials, which typically need to be achieved at the expense of corrosive components and at oxidation resistance. In lithium ion batteries, the conflict between the cathode and anode stability of the electrolyte is addressed by forming an anode interface that prevents the electrolyte from being reduced. This strategy does not apply to magnesium batteries because bivalent Mg2+ cannot penetrate such interfaces. Son et al. designed an artificial Mg2+ conductive interface on the surface of the Mg anode, successfully separating the anode and cathode requirements of the electrolyte, and demonstrated highly reversible Mg chemistry in the antioxidant electrolyte. This artificial interface contributes to the reversible cycle of the Mg/V2O5 full cell in the aqueous carbonate-based electrolyte. This approach not only provides a new way for Mg cells, but also other multivalent cation batteries facing the same problem, making them a big step toward energy storage applications. (Nature Chemistry DOI: 10.1038/s41557-018-0019-6) 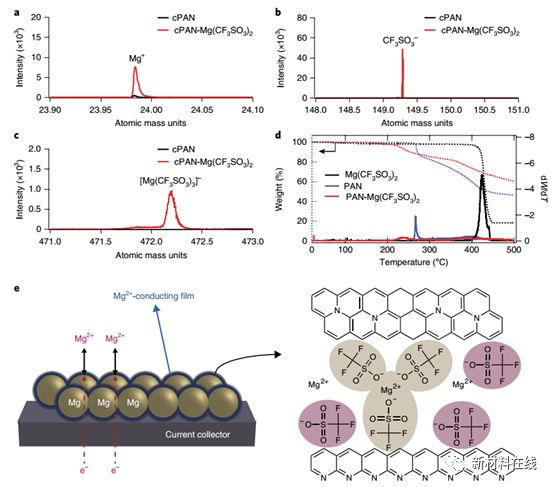 4. An artificial molecular machine that builds an asymmetric catalyst. Material name: Rotary molecular machine research team: The Leigh research group of the University of Manchester, UK, is capable of performing man-made molecular machines. The complex molecular level task. For example, ribosomes can translate information from a polymer trajectory (the messenger RNA) into a new polymer (polypeptide) that they construct. The sequence and number of codons read therein determine the sequence and number of components incorporated into the biomachine synthetic polymer. However, in the synthesis of man-made macromolecules, it is not easy to control the sequence, and it is not easy to transfer the length information from one polymer to another (so far only by template synthesis in artificial systems). The developed rotaxane-based molecular machine is capable of continuously adding amino acids (including Î²-amino acids) to a growing peptide chain by the action of a macrocycle that orbits along a monodisperse oligomer derived from an amino acid phenol ester. The threaded macrocycle draws groups that block its path and joins them by a continuous natural chemical ligation reaction to form a peptide sequence corresponding to the order of the components on the track. Bo et al. showed that, as an alternative to the translation sequence information, the rotaxane molecular machine can transfer the narrow polydispersity of the polystyrene chain to the homogenous leucine oligomer produced by the molecular machine, wherein the polyphenylene The ethylene chain is derived from a leucine ester synthesized by atom transfer radical polymerization. The resulting narrow molecular weight oligomer is folded into an alpha-helical secondary structure serving as an asymmetric catalyst for the epoxidation of chalcone JuliÃ¡-Colonna. (Nature Nanotechnology DOI: 10.1038/s41565-018-0105-3) 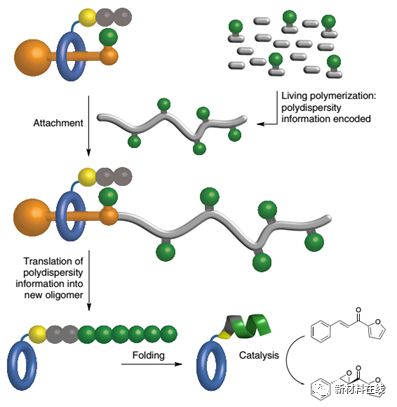 5. Collapse of superconductivity in cuprates via ultrafast quenching of phase coherence. Material name: Cuprate research team: University of British Columbia, Canada Damascelli research group superhydrophobic Sex is a significant evolutionary adaptation of a variety of natural surfaces. Artificial superhydrophobic coatings with good mechanical robustness, substrate adhesion and chemical robustness, respectively, have been achieved. However, it is still challenging to want to exhibit these features at the same time and resist liquid puncture by high speed fall or jet impact. Peng et al. describe an all-organic, flexible, superhydrophobic nanocomposite coating that exhibits strong mechanical stability under cyclic tape stripping and Taber abrasion, and is continuously exposed to highly corrosive media, namely aqua regia and hydrogen. It is used in sodium oxide solution and can be applied to the surface by spraying and brushing by scalable technology. In addition, the mechanical flexibility of this coating results in puncture resistance of at least about 35 mâ€¢s-1 for high velocity droplets and turbulent nozzles, and a Weber number of about 43,000. These coatings are versatile and scalable and should be able to find their potential use in demanding chemical engineering as well as in infrastructure, transportation vehicles and communications equipment. (Nature Materials DOI: 10.1038/s41563-018-0044-2) 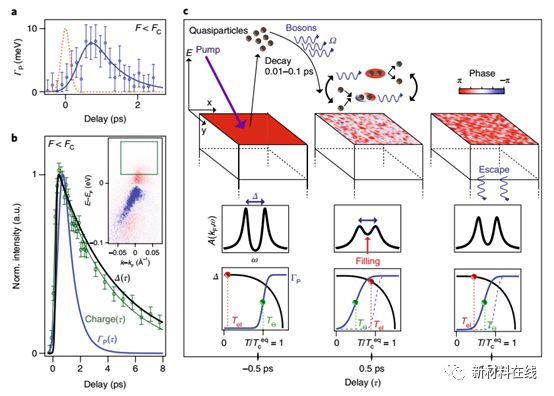 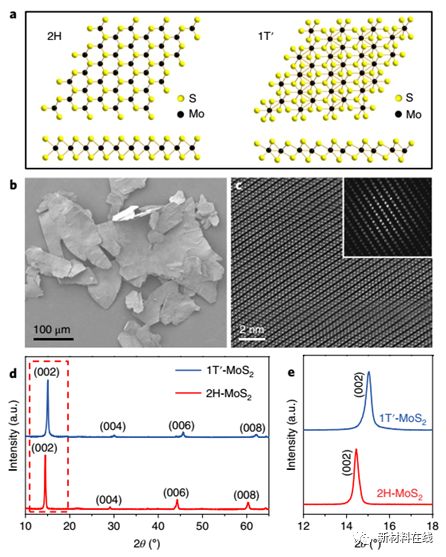 7. Highly efficient solar vapour generation via hierarchically nanostructured gels. Material Name: Nanostructured Gel (HNG) Research Team: Yu Guihua, Research Group, University of Texas at Austin Evaporation is an effective way to collect solar energy to purify contaminated water or brine. However, water evaporation is affected by the inefficient use of solar energy or the need for complex and expensive light-concentrating accessories. Zhao et al. demonstrated a layered nanostructured gel (HNG) based on polyvinyl alcohol (PVA) and polypyrrole (PPy) for use as a stand-alone solar steam generator. It can utilize the energy of the conversion in situ to drive the water contained in the molecular grid of the PVA network for evaporation, while the backbone of the hydrogel promotes evaporation of water. Floating HNG samples can achieve a record-breaking evaporation of 3.2kgÂ·m-2Â·h-1 using 94% of the energy of a standard solar irradiation. When placed in pure brine, 18-23 liters of brine can be evaporated per square meter per day. . The reason why such a high water evaporation rate can be achieved is that the latent heat of evaporation of water in the molecular-scale mesh is greatly reduced under the irradiation of sunlight. (Nature Nanotechnology DOI: 10.1038/s41565-018-0097-z) 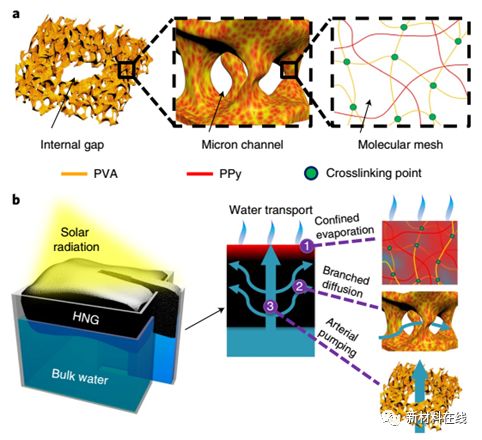 8. III-V family of silicon-based solar cells achieves 33% photoconversion efficiency in two-terminal configuration (III-V-on-silicon solar cells reaches 33% photoconversion efficiency in two-terminal configuration). Material name: III-V family Silicon-based solar cell research team: The Cariou research group of the Fraunhofer Institute for Solar Energy Systems in Germany dominates the photovoltaic industry, but the conversion efficiency of silicon single-junction solar cells is inherently limited to 29.4%, and is actually limited to About 27%. In multi-junction devices, this limitation can be overcome by combining silicon with high bandgap materials such as III-V semiconductors. But the major challenges associated with this material combination have hampered the development of highly efficient III-V/Si solar cells. Cariou et al. demonstrated a III-V/Si battery that achieves similar performance to a standard III-V/Ge triple junction solar cell. The device is fabricated using wafer bonding technology to permanently connect the GaInP/GaAs top cell to the silicon bottom cell. The use of polysilicon/SiOx passivated contacts and a new backside diffraction grating for silicon-based cells addresses two key issues of interfacial recombination of III-V/Si and weak absorption of silicon. Relying on these comprehensive features, Cariou et al. demonstrated a dual-ended GaInP/GaAs//Si solar cell with an AM1.5G conversion efficiency of 33.3% under a standard solar illumination. (Nature Energy DOI: 10.1038/s41560-018-0125-0) 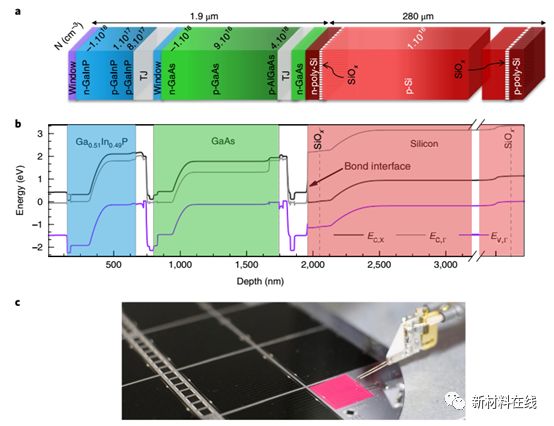